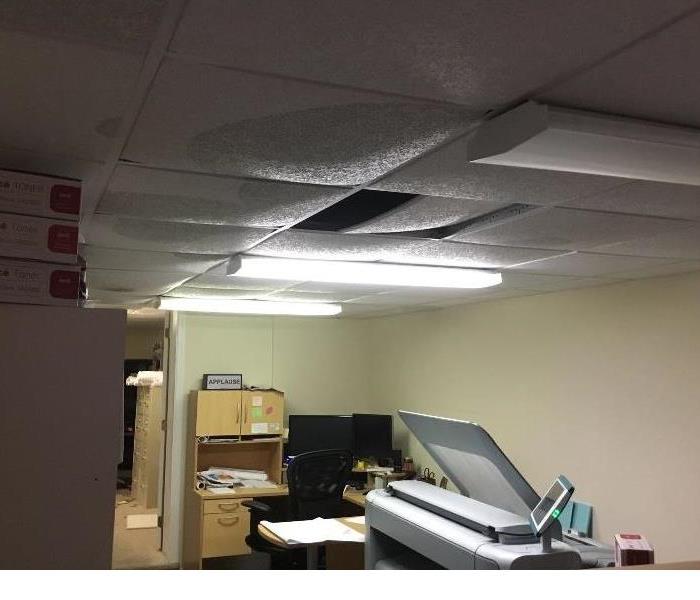 During the recent rain storms, SERVPRO of Annapolis/Severna Park was inundated with requests for help. However, even though most calls were about storm damage, some were routine water issues.  One such call came from Severna Park.

When this commercial building owner called us to attend to his three-story office building that was flooded, we discovered the loss occurred from a broken toilet tank on the third level.  The water ran all weekend long and the by the time Monday morning rolled around, all three levels were affected.  Most of the carpet was ruined, drywall was wet, and even the ceilings suffered from water damage. Nothing SERVPRO hasn’t seen before and within hours, 50 air movers and a 1200 CFM desiccant dehumidifier were installed, working off 55 KW generator to quickly dry the structure with as much minimum damage as possible.  Upon removing the carpet, we discovered asbestos tiles which no one wanted to disturb.  Being able to dry the structure so quickly and efficiently saved a lot of time and money for both the property owner AND the insurance company.  SERVPRO turned the building back over to the owner in under 96 hours!